My company, Automattic, has a Grand Meetup every year, where all of us come from around the world to hang out in person together for a week, work on projects, teach each other things, talk about work, and eat a lot. I have written about this before, although only really the first time, when the GM was in San Diego. The next year, it was half in San Francisco and half in Santa Cruz. The two years after that, it was in Park City, Utah. And last year and this year, it was in Whistler, Vancouver. This was my sixth GM.

When I joined the company way back in 2012, we were pushing 150 employees, which seemed incredible to everyone at the time. I was somewhere around the 14th employee to be hired in my area (Happiness, or support). Now, we’re at over 600 people, including over 200 in my area alone.

I was glad we went back to Whistler this year, as it’s really beautiful and last year, I was too busy to experience it much. This year, the schedule was a bit more relaxed and I managed to get out and about a few times.

Whistler Village is charming and it’s a nice place for our meetup, because it feels sufficiently remote and secluded to focus on being together, without feeling too isolated or claustrophobic. It’s small, but there are other people around and things to do and a grocery store, and it’s not difficult to get off by yourself a bit if you find you need a break (which many of us do, because as you might expect of a “work from home” company, more than a few of us are introverted homebodies). Plus, it’s gorgeous. It’s all pine trees and blue waters and big skies. 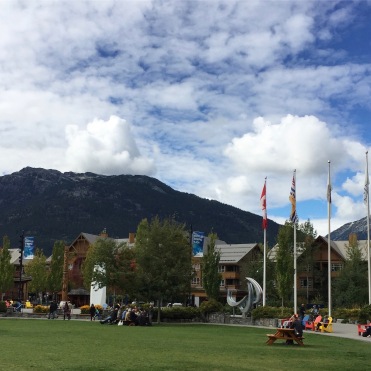 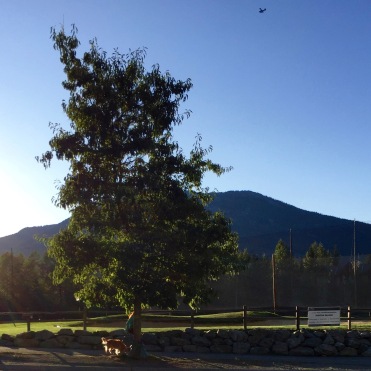 The view from my balcony 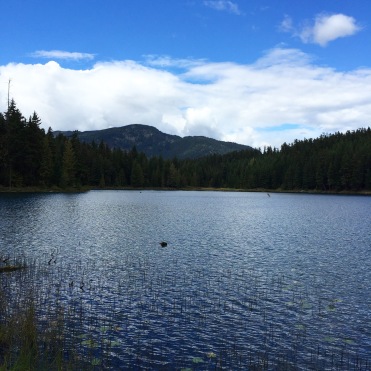 Every year, people ask me what exactly we do all week. In general, you can do one of three things at the GM. All year, people pitch ideas for projects they’d like to do or classes they’d like to teach. About a month out, final projects and classes are selected, and then you fill out a survey choosing what you’d like to do. You can work on a project, which usually means building some small tool or product to make our lives or our customers’ lives (or both) better. You can take a class from a skilled colleague: usually in everything from writing or public speaking to different programming languages to data analysis or design.

Or you can just do your regular job, which is what I did this year. I’ve done projects and classes over the years, but since I work in support, I mostly just want to man the battle-stations with my colleagues. It’s really fun to work together in person.

Usually, we have around four and a half days of work, and one and a half days of free time, where you can do various activities that people organize, or just chill out with people. We typically have a team day, where you spend all day with your regular team, often talking about how the year’s gone and setting goals for the one coming up. In between everything else, groups of people who work together in various ways tend to find time for meetings.

In the evenings, we have dinner in small groups, and then there are sometimes evening workshops, guest speakers, or activities, and then the night owls stay up all night in well stocked party suites, playing games, music, ping pong, hanging out. On the final day, everyone demos what they did over the week and then there’s a closing party.

This year on the free day, I took the gondola up to Whistler mountain with my friend, Pam (all the photos with me in them are stolen from her, so go look at her blog). It was the final weekend before the gondola closed down in advance of ski season, and it was packed. There were so many dirt bikers, all from various countries but all looking and speaking exactly the same, guys with muscled calves and 90s pageboy haircuts in who said things to each other like “Dude, where we ripping today” (actual overheard quote) in a cacophony of accents and with zero irony. I kept looking around for a cloning machine. And then, us: 600 tech workers, squinty-eyed, mostly doughy, either bearded or pink-haired, and wearing matching hoodies and name badges.

Once you’re up there, you can take a chairlift even higher, and then there’s a gondola that goes between Whistler and Blackcomb mountains. 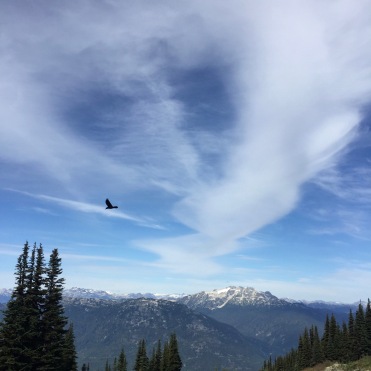 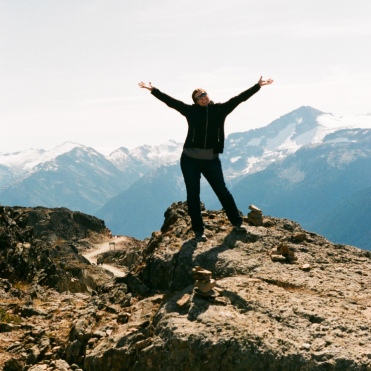 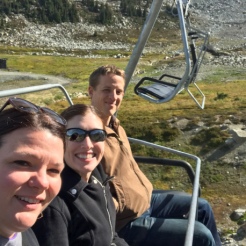 The top of the peak 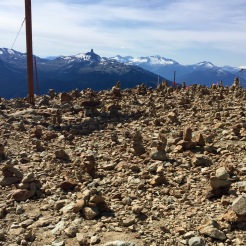 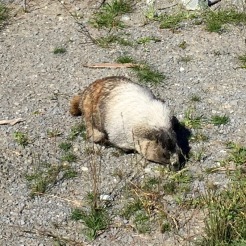 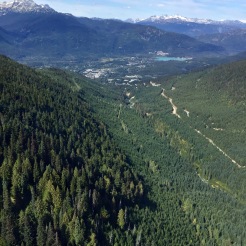 This year, the closing party theme was prom. I stayed until 10pm and then ghosted, as I had to be up at 3am to take the bus to the airport. 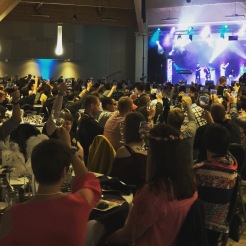 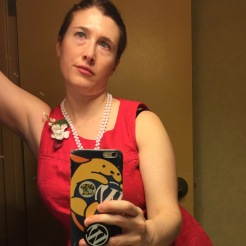 They had a photobooth, and the progression of my face here really captures how I experience any social event:

I'm a Happiness Engineer for Automattic. I live in Austin, and I love travel, reading, and sleep. View more posts

One thought on “Whistler, Canada”